I got my baby. She's not a virgin but she runs smoothly. No thanks to my dad who didn't even give me a loan.

I can't wait for this semester to be over. I have a day-off but I don't really have a day-off. Monday is the only day you won't find me at work because I'm stuck in school for six hours. I asked to work 6 days a week because I was so sure of myself. So here I am, trying to squeeze in a little essay writing before going to work and it's Saturday. Weeeeeeeekends. I was doing the same thing last night, I never say "Thank God it's Friday!" anymore.

How did you spend your Valentine's Day?

Mine just started. So far, I've level up-ed my characters in Dragon Quest. My boss called and I'll be off to work in three hours.

I don't want to give the impression that my life's going really well right now. It's not. But, I don't want to complain by blogging Goth-crap-poetry-ish entries. I do find a few distractions to keep me from fully realizing the gravity of this fact. For one, there's Third Eye Blind's FREE concert.

I don't like places where guys don't wear shirts, people lie on the grass and girls fit their beer between their breasts, but, hey, the concert's free and just three blocks from where we live. We went out at 3pm and noticed that despite our distance from the park, there was literally no parking space left on our street. People must love their Tulip Festival. We arrived 30 minutes early and by then, a lot of people have set up their annoying coolers and chairs on the site.  I never knew I could hate coolers so much! Ugh! Anyway, with the growing crowd we still managed to weed our way through and get a really nice spot right in front. Singitera!

We waited for about 30 minutes and they finally came out. Earlier, I was planning on shouting, "Stephan, marry me!" but I quickly changed my mind as he seemed to have gained a little weight and a few wrinkles here and there. Damon Albarn's the rockstar of my life anyway,  and I never really had a thing for this guy. When Third Eye started playing everyone got really active and rude, good thing we were glued to the rail. Some girls were so into it that it seemed like they were dry humping you while they sang their lungs out.

Lots of crowd surfing (each one got in and kicked out, there was this Asian girl who got in but wasn't roughed up like the rest and then there was another girl who's boob was about to fall out of her dress, and then another who was crying and I thought: What the f*** are you crying for? Whose bright idea was it to crowd surf? I can go on and on.), beer showers and and there was a fight--not much steam. I had a good time, didn't spend a penny and wasn't even tired by the end of it. I'll post a video on multiply.

I'm glad they sang How's it Gonna Be and Jumper. Okay, guilty, I don't know their new songs just the old ones. I'm a 90's girl. 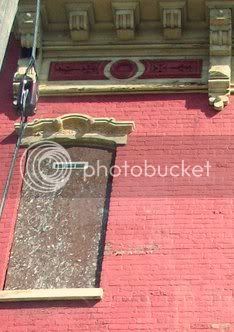 There really is no way to get in.

Who would want to get out of New York now? To welcome the new year, two planes have crashed in the state of New York;  the first one crash landed in the Hudson River with zero deaths and the pilot was hailed by People as a hero, on the other hand, the second crash near Buffalo ended up with 50 deaths after crashing into the suburbs. Somehow, I'm glad we decided not to go back to California. We rode on the US Airways when we got here, so imagine my surprise when one of its planes crash landed in the river while it was 20 degrees F outside. Is God telling me not to get out of this state?--okay, I'm not even gonna follow this up with another question. You might not like how blasphemous I am.

In what seemed like the most ironic thing I have ever heard in my whole life, one of the Buffalo crash victims was Beverly Eckert, a widow of a 9/11 crash victim. Guess why she was coming over to New York? To mark the death of his husband! Good God! Ooops. . .


If I get to work in Italy someday, I promise I will be charitable and never swear again. And if I get a decent job this month, I will go to church whenever I can (and I won't ponder deviously about Catholic beliefs).

Glad to have my Albany library card.
Collapse